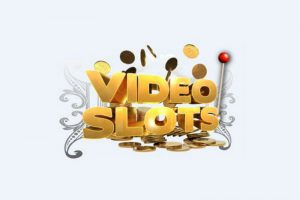 Online casino Videoslots has launched the industry’s first mobile split screen feature to boost its reputation as an iGaming innovator.

The popular casino brand which boasts a portfolio of more than 3,000 gaming titles has recently rolled out what could be described as a groundbreaking feature that enables players to play two games simultaneously on their mobile devices.

The newly released feature is supported on both iOS and Android devices and in Videoslots’ own words “is optimised in many ways for use on both phones and tablets” for enhanced player experience.

Videoslots is an award-winning online casino whose range of more than 3,000 online slots and different variants of traditional table games from a number of trusted providers is among the largest in the industry. The Malta-based operation is also known for a number of industry-first omni-channel promotional concepts such as Clash of Spins, Battle of Slots, and Wheel of Jackpots.

Videoslots’ parent company Panda Media Ltd. holds licenses from the Malta Gaming Authority, the UK Gambling Commission, and the Swedish Gambling Authority – Spelinspektionen. Videoslots’ diverse games portfolio and set of industry innovations has earned it the Best Casino award at the Casinomeister Awards in 2015, 2016, 2017, and 2018, the Best Gaming Experience and Best Casino Manager awards at the 2016 edition of the Casinomeister Awards, and the Best Slots Operator award at the 2017 edition of the International Gaming Awards.

More about the Split Screen Feature As mentioned earlier Videoslots’ latest industry innovation is optimized for players to be able to use it across different mobile devices. The split screen feature also makes it possible for players to make deposits while still in game mode.

In addition, users will be able to activate their rewards while still in game mode and to browse Videoslots’ portfolio of games while playing other slots at the same time, and of course play two games at the same time.

Commenting on the recent roll-out of the new feature, Videoslots CEO Alexander Stevendahl said that they have a passion for innovation and that they think it is great to have the chance to demonstrate that with the launch of the new split screen feature.

Mr. Stevendahl added that with mobile gaming growing month-over-month, their customers are now offered the opportunity to have twice as much fun the next time they log in with Videoslots to play their favorite games.

The popular casino brand recently boosted its offering through several deals with gaming providers. Earlier this month, Videoslots announced that it has signed a deal with Malta-based gaming content supplier Hacksaw Gaming to add a selection of its scratch games portfolio to its existing offering. The integration was carried out through Relax Gaming’s content aggregation platform.

In May, Videoslots announced a supply deal with Bulgarian provider EGT Interactive, under the terms of which the brand went live with its partner’s games in multiple markets, including Sweden where Videoslots was among the first iGaming operations to receive a license to enter the Scandinavian nation’s newly reorganized gaming market.