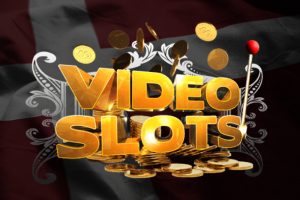 Videoslots’ regulated expansion strategy has received another major boost this year as it is now available in the Danish online gambling market. The popular online casino brand obtained a license from the Danish Gambling Authority in early September.

Denmark-based players can now access Videoslots and play games by some of the industry’s leading suppliers such as Yggdrasil, NetEnt, Quickspin, and Thunderkick.

Videoslots was founded in 2011 and quickly gained traction in the highly competitive online gambling sector. Currently, the online casino boasts a range of more than 3,800 slots and table games by major industry providers, which makes it one of the largest digital gambling venues in the space.

The experience that it offers to players is enhanced by industry-first omni-channel promotional concepts such as Clash of Spins, Battle of Slots, and Wheel of Jackpots.

Commenting on their entry into the Danish gambling market, William Ahlberg, Head of Casino at Videoslots.com, said that they “are always looking to enhance our reach and grow the Videoslots brand and going live in a new regulated market helps us to achieve our ambitions.”

He added that Denmark is an attractive territory and that their hefty portfolio “is sure to appeal to players who are learning about us for the first time.”

Denmark is the second regulated Scandinavian market Videoslots have been given the nod to enter this year. The operator went live in the newly reorganized Swedish market early in 2019 after securing regulatory approval from the local regulator, Spelinspektionen. Sweden’s new gambling law opening the nation’s market to international companies took effect on January 1.

Videoslots was among the first iGaming operations that were granted licenses by Spelinspektionen under Sweden’s new regulatory framework. The popular brand applied for a Swedish license in the summer of 2018, when the local regulator opened the licensing process, and was granted a license in December.

Aside from the gaming regulators of Sweden and Denmark, Videoslots also holds licenses from the UK Gambling Commission and the Malta Gaming Authority, among other regulatory bodies.

In a separate news story from the past few weeks, Videoslots announced that it had activated a mandatory loss limit in the United Kingdom in a bid to demonstrate its commitment to the socially responsible provision of gambling products.

Another operator lowered its mandatory loss limit last week, after introducing it in the fall of 2018. Paf announced that it would reduce its maximum annual loss limit to €25,000 from €30,000 to weaken its reliance on high roller gamblers and to enhance its social responsibility policies. The Ålands-based operator said that it expects the move to result in a 2% drop in its full-year revenue, but pointed out that while “it is not good to lose revenue”, they are “going well as a gaming company” and are “sure that customers appreciate the position we have taken.”