Online banking payment providers Trustly and PayWithMyBank announced that they would merge their operations as a consolidation wave sweeps through the payments sector.

The deal will result in the formation of a transatlantic payment network with over 600 million consumers across Europe and the United States who will be able to pay directly from their bank accounts instead of using credit cards.

Headquartered in Sweden, Trustly provides cross-border payment services to and from consumer bank accounts at more than 3,000 banks in 29 European countries. Among others, Trustly is a preferred payment method in the gambling industry.

As for PayWithMyBank, it is based in the Silicon Valley and provides online banking payment alternatives to credit cards to customers based in the US.

The merger between Trustly and PayWithMyBank aims to address the needs of merchants to “have an alternative to the card networks and accept online payments directly from consumers’ bank accounts.” Consumers paying directly with their bank accounts has cemented itself as a common practice in a number of European markets. This payment method has now begun emerging in the US as a compelling new alternative to credit cards. 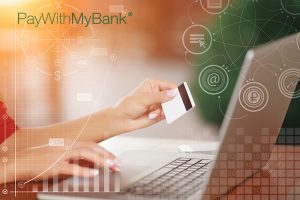 Trustly’s CEO, Oscar Berglund, will take up the reins of the merged group. PayWithMyBank’s founder and CEO, Alexandre Gonthier, will step in as CEO of the US division of the merged business. Mr. Gonthier will thus report to Mr. Berglund.

As mentioned above, the enlarged group will service 600 million consumers in Europe and the US. They will be offered the opportunity to pay directly from their bank account for various services instead of using credit cards. Global merchants and billers will benefit from the merger by being enabled to accept payments via a “high-conversion, low-cost alternative payments method.”

Commenting on the deal, Mr. Berglund said Thursday that it would create “the first and only online banking payments network with transatlantic coverage and accelerates our path towards global coverage.”

Mr. Gonthier added that their large, US-based customers “were all asking us to expand our consumer coverage globally beyond the US”, so joining forces with Trustly was a logical and strategic step for his company. The executive added that they are looking forward to creating “an unparalleled solution for merchants and billers with global ambitions.”

The tie-up between Trustly and PayWithMyBank follows the recent announcement that US payments tech firm Nuvei Corp had made an all-cash offer to buy payment processing company SafeCharge International Group as the consolidation wave sweeping through the payments sector continues apace. Under the terms of the deal, Nuvei has agreed to pay $889 million in cash for SafeCharge, which is now controlled by Israeli businessman Teddy Sagi.

Earlier this year, FIS moved to buy Worldpay in a $43 billion deal that would enhance the former’s acquiring and payment offerings, while significantly increasing Worldpay’s distribution footprint and accelerating its entry into new markets.

Last month Global Payments announced the acquisition of TSYS in a $21.5 billion all-stock deal. The company suggested that there might be more acquisitions in the near future, indicating that the ongoing deal spree in the sector is far from over.