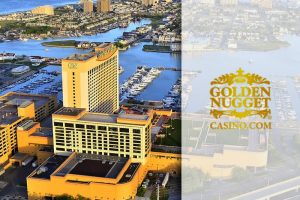 Texas billionaire and casino owner Tilman Fetitta does not think Atlantic City is a nine-casino market. The businessman shared his view on this matter earlier this week in an interview ahead of his scheduled Saturday appearance at Golden Nugget Atlantic City for a signing event for his new book.

Asked about his opinion on the current state of Atlantic City’s casino market, Mr. Fertitta said that the city is not “a nine-casino market” and that he does not understand why nobody realizes that. The businessman went on that last year’s opening of Hard Rock Hotel & Casino Atlantic City and Ocean Casino Resort (formerly Ocean Resort Casino) “affected everyone.”

According to Mr. Fertitta, the two new additions to the city’s casino market might have created thousands of new jobs, “but now every other casino has had to lay off jobs, so I don’t even know how big the net gain is.” He added that none of Atlantic City’s casinos that had operated before the opening of the Hard Rock and Ocean properties “have the cash flow that they did.”

Mr. Fertitta elaborated that the current state of the market mirrors what happened earlier in the decade when casino owners were forced to stop investing in their properties due to dropping profits that were caused by increased competition.

That resulted in five of the city’s twelve operational casinos closing doors between 2014 and 2016. Mr. Fertitta said that this was how the casinos got all run down back then and that the same “huge” mistake is being made now.

According to the billionaire businessman, Atlantic City is “a seven-casino market, and when it was seven casinos, everybody was putting money back into the properties.”

While Golden Nugget’s brick-and-mortar casino operations might have seen some financial struggles in recent months, all that has been offset by the gambling venue’s digital gaming business. In July and August, Golden Nugget generated the local market’s second highest total gaming revenue, behind only the Borgata. The casino’s overall performance was boosted by a 63% annual growth from online gambling.

The ban affected Golden Nugget only and the casino was not able to handle NBA bets. This had an extremely negative impact on its sports betting performance as basketball is pretty big in New Jersey.

Of his casino’s ability to soon begin taking bets on NBA action, Mr. Fertitta said that this would be huge for them and that he thinks they will do well “and will be a leader just like we are in Internet gaming.”