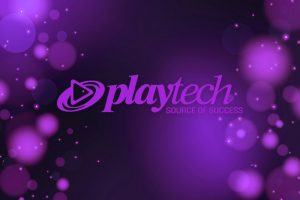 Playtech Chief Executive Mor Weizer could trouser more than £30 million worth of company shares under a newly proposed bonus scheme that is yet to be approved by the gambling technology giant’s board.

Playtech said Tuesday that it will hold a shareholder meeting on December 19 in a bid to secure approval for a long-term incentive award for Mr. Weizer, who has been at the company’s helm since 2007.

News about the new bonus scheme arrived after the major gambling provider faced shareholder revolt earlier this year over its boss’ remuneration package. During Playtech’s Annual General Meeting in May, 41.8% of the company’s shareholders voted against its latest remuneration report and 40.9% cast a negative vote against its remuneration policy.

This year’s voting showed a slight improvement in shareholders’ backing of Playtech’s pay report from last year when only 40.6% of the company’s investors voted in favor of the proposed executive pay.

Gambling companies’ pay reports have often been the cause for some serious boardroom drama in recent years. Isle of Man-headquartered gambling giant GVC Holdings faced this year shareholder revolt over its 2018 pay report, despite a last-minute cut to boss Kenny Alexander’s salary increase. More than 40% of GVC’s investors rejected the gambling operator’s pay report.

As mentioned earlier, under Playtech’s new bonus scheme, Mr. Weizer can be awarded shares in the company worth more than £30 million. The policy provides for a nil cost option award of 1.9 million shares under the Playtech Long Term Incentive Plan 2012.

The award of shares is closely linked with the performance of the company’s share price over a five-year period. If the share price reaches the required cap of £16 under the proposed bonus plan, then Mr. Weizer will be granted shares worth £30.4 million.

Founded by Israeli billionaire businessman Teddy Sagi in the late 1990s, Playtech provides technology and software solutions for both the retail and online segments of the gambling industry. The company was first floated on the London Stock Exchange in 2006. Thanks to its global growth, it did not take long before the provider flew into the FTSE 250.

Playtech’s shares soared past £10 in the summer of 2017 but have tumbled significantly since then on several profit warnings, which the company blamed on various turbulences in core Asian markets. Playtech’s troubles in Asia ranged from squeezing competition in China where new market entries had forced prices down and a regulatory crackdown on black market gambling operations in Malaysia.

In its latest trading update, Playtech issued another profit warning, highlighting “challenging” conditions in financial trading division TradeTech. The company said that full-year adjusted EBITDA would fall “a little below” expectations due to TradeTech’s struggles in September and October.

The gambling tech giant also noted that it has initiated a review of its casual and social casino business and is considering a partial or complete sale, as the division recorded flat revenue and increased costs at half-year stage.

The company’s core B2B and B2C businesses have exceeded expectations, according to its latest trading update, while its performance in Asia was stable.

Playtech said this week that institutional shareholders, including Odey Asset Management and Paulson & Co, have already backed its proposed bonus scheme. Ian Penrose, chairman of the company’s remuneration committee said that the policy had been crafted after “engagement with investors” and that it aimed to “only reward exceptional performance.”

The bonus highlighted in the newly designed policy is on top of Mr. Weizer’s existing package which could exceed €6 million this year, including bonuses.