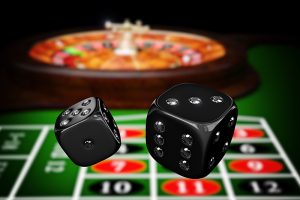 The Illinois Gaming Board has adopted a set of rules that aim to strengthen existing ethical safeguards and would require more people to present ethical disclosure reports when the regulator commences the process of selecting the holders of up to six new casino licenses.

The new rules are part of a recently approved massive gambling overhaul on the territory of the state that, among other things, includes the development of six new brick-and-mortar casinos and the authorization of sports betting.

The commission said on Friday that the new rules expanded the definition of a casino applicant to include “any person or entity which has directly or indirectly expressed interest to an official or employee of a host community in obtaining an owners license.. regardless of whether that person or entity has submitted an application to the board.”

The new ethics rules were adopted by the Illinois gambling regulator’s emergency rulemaking authority. It enables the board to temporarily enforce rules, under particular circumstances, without having to go through the regular public notice and hearings processes. Rules adopted by the emergency authority are only valid for up to 150 days.

Commenting on their decision to skip the normal processes, Illinois Gambling Board Administrator Marcus Fruchter said that the purpose of the emergency rules was to “strengthen the [board’s] existing ethics requirements and enhance the transparency of the casino license selection process.”

The state’s top official has said that he would be counting on casino revenue to help fund his ambitious $45 billion Rebuild Illinois infrastructure plan. The casino expansion is also hoped to help Chicago patch up a budget deficit.

However, the recently published results of a study commissioned by the city and conducted by Las Vegas-based consultant Union Gaming Analytics suggest that a casino in Windy City might not be a feasible endeavor because of an “onerous” tax structure outlined in Illinois’ recently revamped gambling law and the fact that the five proposed casino sites were located in areas that were highly unlikely to draw tourists.

Under state law, the preferred Chicago casino operator would have to contribute a third of its revenue to the city and pay multiple other burdening fees, including up to $120 million in gambling position fees or $3,000 per position for up to 4,000 slot machines and table games.

Chicago’s Mayor, Lori Lightfoot has proposed five potential sites for the city’s casinos. All five are located in the city’s South and West sides. According to Union Gaming’s study none of them is likely to attract tourists as they are located in areas that are seen as unsafe and inconvenient or lack any nearby attractions.