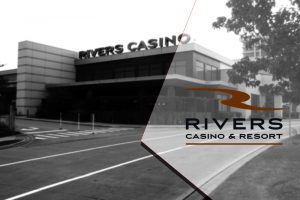 With annual gross gambling revenue of more than $440 million, Rivers Casino is the state’s highest grossing casino. The property opened doors in 2011. It was built over a shallow pit of water near the Tri-State Tollway.

Earlier this year, Illinois Gov. J.B. Pritzker signed into law a sweeping gambling reform that paved the way for the state’s ten riverboat casinos to relocate their operations onto dry land. The facilities need to receive permission from the Illinois Gaming Board and to pay a $250,000 fee in order to be able to operate on land.

During the gaming regulator’s meeting this past Thursday, board members approved Rivers Casino’s application to move onto dry land. Owners of the gambling venue said that they would add 120 gaming positions, including slot machines and table games, to parts of the facility that are not located above water in the coming weeks. Rivers Casino currently operates 1,200 gaming positions.

The Des Plaines property was built and is operated by Rush Street Gaming. Earlier this year, Kentucky-based casino and racetrack operator Churchill Downs Inc. purchased a 62% stake in the gambling venue in a $326 million deal.

Rivers Casino’s management has recently revealed plans to expand the property and add more gaming positions and a sportsbook. Once the expansion is complete, the gambling venue will feature 2,000 gaming positions, the maximum number allowed under the recently approved gambling expansion bill.

Patrick Skarr, a spokesman for the casino, said that “we’re incrementally adding these games”. He went on that by the relocation of Rivers Casino, “we can reconfigure some of our existing footprint not above water, add these games and positions within that, and then move forward with our larger expansion program.”

Rivers Casino has already started building a sports bar that will ultimately become a sportsbook, pending approval from the Illinois Gaming Control Board. The gambling expansion bill authorized the state’s 10 casinos, three horse race tracks, and seven largest sports venues to apply for a sports wagering license. Each betting license will cost $10 million. There will also be three licenses for digital wagering up for grabs, with each of those set to be available at $20 million.

The Illinois Gaming Board said during its Thursday meeting that it would launch the application process for betting licenses in December.

The gambling expansion bill also provided for the construction of up to six new casinos around the state. Churchill Downs and Rush Street Gaming have joined the race for one of the six licenses with a joint application to build a casino in the City of Waukegan. The state Gaming Board accepted license applications by October 28 and is expected to take up to a year to review the received proposals and select the preferred developers and operators of Illinois’ new casinos.