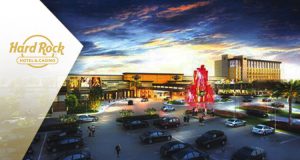 With its planned fall 2019 opening fast approaching, Hard Rock Hotel & Casino Sacramento at Fire Mountain is set to begin booking room reservations for the hotel portion of the resort from today at 9 am local time.

The property is one of two set to open doors in the Northern California region this year, the other being Caesars Entertainment Corp.’s Harrah’s Northern California. The Caesars property swung its doors open this past spring. The Las Vegas casino giant had partnered with the Buena Vista Rancheria Me-Wuk Tribe to bring its Harrah’s brand to that part of California.

As for Hard Rock Sacramento, it represents a nearly two-decade effort of the Estom Yumeka Maidu Tribe (Enterprise Rancheria) to open a casino. The tribe had teamed up with Florida-based gaming and hospitality company Hard Rock International to materialize its long-time goal.

The hotel and casino complex is slated to open doors this fall in South Yuba County. Hard Rock and its local partner have invested $440 million into the latest Hard Rock-branded resort.

The property will feature a hotel with 170 luxury rooms, including 31 suites and a selection of pool terrace rooms; a casino with more than 1,800 gaming positions, including slot machines and table games; an outdoor pool and deck area; a meeting venue; and a number of dining outlets, including Hard Rock Cafe, Council Oak Steaks & Seafood, and Fresh Harvest restaurants.

The property will also include brand amenities, with the likes of a Rock Shop and a Body Rock fitness center being among those. 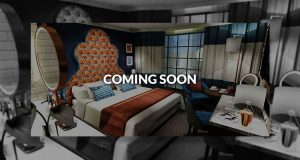 Ahead of its upcoming opening, the resort now accepts reservations, according to a press release from Wednesday. Commenting on their latest announcement, Mark Birtha, President of Hard Rock Sacramento, said that they are excited that they future guests can now begin making reservations to stay at “what will become Northern California’s premier gaming, dining, and hospitality destination.”

Mr. Birtha went on to say that Wednesday’s announcement brings his property one step closer to officially opening its doors this coming fall and that they can’t wait to welcome guests to Hard Rock’s newest location. Hard Rock Sacramento will be the latest of the company’s already hefty portfolio of properties.

Hard Rock projects that its Hard Rock Sacramento property would create 1,000 permanent jobs and generate $225 million in annual economic impact for the region.

The operator announced earlier this year that it has been making moves to further extend its foothold in California’s tribal casino market. The company has partnered the Tejon Indian Tribe for the development of a $600 million casino resort in Kern County.

Hard Rock Hotel & Casino Tejon is planned to be developed on a 52-acre site just 25 minutes south of Bakersfield. The property will feature a hotel, casino, spa and fitness, 13 food and beverage facilities, a concert venue, and “the largest conference and meeting space in Kern County.”