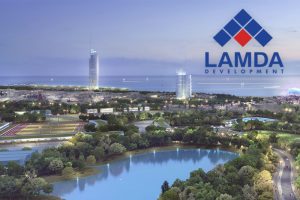 The major project for the development of the €8 billion Hellinikon integrated resort at the site of Athens’ former airport cleared this week a major hurdle standing before the eventual start of the scheme.

Local news outlet Kathimerini reported Friday that the fourth and final ministerial decision required for the eventual start of the mega-resort project was published in the Government Gazette. That final decision was concerned with the seven neighborhoods that will be part of the luxury complex.

The seven areas will be located on the perimeter of the planned metropolitan park. The plan that ministers approved this past week contained information about each of the neighborhoods. The decision was originally expected to be announced ten days ago, but was delayed due to the addition of a set of last-minute corrections, Kathimerini reported.

News about the publication of the final ministerial decision arrived shortly after the Hellenic Gaming Commission announced that it had received two bids for the casino portion of the Hellinikon project.

The first residential area that was approved by ministers is planned to be located on the northeast end of the plot. It will be named after Olympic Airways and will feature a number of buildings that will be up to 50 meters tall.

The next area, the Western Neighborhood, will be located next to a Civil Aviation Authority building and a distribution center. The latter two buildings will remain unchanged. The neighborhood will also be adjacent to sports facilities.

The Eastern Neighborhood will be located on the southwestern side of the Hellinikon complex right next to the main building of the Civil Aviation Authority. The area will also be near one of Hellinikon’s major entrances and will cover an area of 318,000 square meters, half of which will be occupied by common spaces.

The business center neighborhood at Vouliagmenis Avenue near Argyroupoli metro station will include commercial stores, offices, and other businesses and will have a maximum construction ceiling of 675,000 square meters. That neighborhood may also include a large shopping mall and a 200-meter skyscraper.

The fifth neighborhood, mainly a residential one with a maximum building area of 163,800 square meters, will be located on a hill.

The sixth neighborhood – Trachones Neighborhood – will be defined by the Trachones stream. It will include 11 blocks with a building limit of 161,400 square meters.

The neighborhood next to Agios Kosmas beach is expected to be the most popular one with visitors and residents of the complex. It will cover a 300,000-square-meter plot and will be an exclusively residential area. It will also feature a skyscraper.

The Hellenic Gaming Commission finally closed this week the bidding process for the development and operation of the casino portion of Hellinikon. The regulator said that two companies had taken part in the process.

Both bidders are US-based tribal companies with proved expertise in building and running integrated resorts with casino gambling options. The bids came from Hard Rock International and Mohegan Gaming & Entertainment. Both companies pitched €1 billion projects for the development of a casino resort as part of the larger Hellinikon complex.

In August, Hard Rock’s CEO, Jim Allen, announced at a special event in the Greek capital that they want to create a “pan-European entertainment and hospitality hub in Athens” as the city “is an international leisure destination and must have leisure activities such as a casino.” The Hard Rock-branded casino resort is expected to take between 20-26 months to be completed and to create 3,000 construction jobs and 1,600 permanent jobs.

Mohegan Gaming & Entertainment revealed earlier this year that it had joined forces with Greek construction giant GEK Terna to jointly bid for the 30-year casino license the Hellenic Gaming Commission is set to issue to the winning developer.

The regulator is set to announce that winning developer by the end of November, it became known.