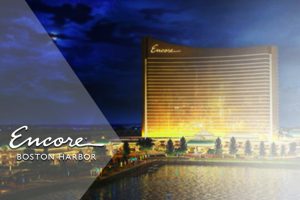 Massachusetts’ Boston-area casino took in nearly $50 million in gaming revenue during its first full month of operation, according to figures released by the state Gaming Commission.

Gaming experts say that it is very rare for a US land-based casino to generate more revenue from table games than slot machines. Spectrum Gaming Group casino analyst Joseph Weinert said Thursday that with its chic restaurants and lounges and 671 high-end hotel rooms, Encore appears to be attracting the type of players that prefer table games to slot machines.

During Wynn Resorts’ recent earnings call, CEO Matt Maddox said that “table games are performing well” at Encore and that the resort was “working on various offers and promotions to really understand the highly competitive slot market in the Northeast.”

How Massachusetts’ Other Casinos Performed

MGM Springfield, the $960 million integrated resort MGM Resorts International debuted last August, generated $20.4 million in gaming revenue last month. Its revenue remained steady in July, despite the arrival of competition. MGM Springfield’s President, Michael Mathis, hailed the performance of the property, saying that they “grew revenues and visitation in the month notwithstanding the entry of a new competitor in the market.”

Despite its growth last month, MGM Springfield is falling short of its revenue projections for its first full year of operation. The property generated $253 million during its first 11 months. However, MGM previously promised that its Springfield casino would take in more than $400 million in year one.

Penn National Gaming’s slots-only parlor Plainridge Park Casino in Plainville generated $12.5 million in gaming revenue, according to MassGaming data, down from $15.1 million it took in in July 2018. Plainridge is located only an hour’s drive from Boston and it seems that the relatively short distance between the slots parlor and newly-opened Encore has impacted the former’s performance in July.

Yet, according to J.P. Morgan analyst Joseph Greff, while Encore’s slot machines performed better than those at the Springfield resort in July, Plainridge’s machines recorded the best performance of all three properties.

Encore’s table game revenue stood at $3,829 per table per day, which was three times larger than Springfield’s, but was far bellow other East Coast casino resorts. For instance, MGM National Harbor in Maryland generated $5,743 per table per day.

Massachusetts’ July revenue figures show some pretty interesting trends. On whether resort-style casino properties should be considered a success in the state, casino analyst Paul DeBole said that it “depends on the measure of success” and that “it’s way too soon to have generalization about the resort-style casino era” in the state.