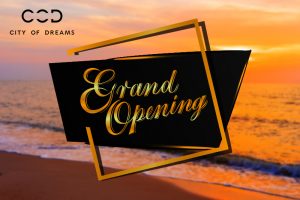 Melco has pushed the opening of its first casino resort outside Asia by several months, according to Cypriot media

The opening of City of Dreams Mediterranean, the first integrated casino resort in the Republic of Cyprus, has been pushed back, according to a report by local news outlet In-Cyprus. The property was expected to open doors in the summer of 2021, but In-Cyprus wrote earlier today that the opening date has been postponed to the end of 2021.

The legalization of casino gambling in Cyprus was part of a recent revamp of the local market. After a bidding process, the government of the tiny Mediterranean republic granted in 2017 a gaming license to Hong Kong gaming and hospitality giant Melco Resorts & Entertainment and its Cypriot partner, Cyprus Phassouri (Zakaki), part of CNS Group.

Under the terms of the license, Melco was authorized to build a main casino resort in the city of Limassol and four satellite casinos in Nicosia, Larnaca, Ayia Napa, and Paphos.

Construction work on the main resort kicked off last month after Melco tapped a joint venture between Greek construction companies GEK Terna and J&P Avax as the preferred contractor. As mentioned above, the resort was slated to be completed by mid-2021, but its launch could now be postponed to the end of 2021, if the In-Cyprus report is to be believed. 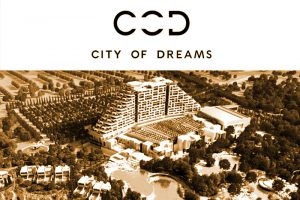 In a statement issued on Tuesday, Melco said that it is expanding its workforce in Cyprus and is looking to fill positions at its Limassol temporary casino and its satellite casinos in Nicosia and Ayia Napa. The company launched the temporary facility in Limassol last June and it will remain operational until the main resort is under development.

According to early projections, City of Dreams Mediterranean is expected to create 4,000 jobs during construction and 2,400 permanent jobs once the property is fully operational.

The property will represent Melco’s first foray outside Asia, where it operates luxury integrated resorts in Macau and the Philippines and eyes expansion in Japan. City of Dreams Mediterranean will feature a casino with multiple slot machines and gaming tables, a luxury hotel with suites and villas, MICE facilities, retail space, food and beverage facilities, and numerous attractions. Melco is planning to invest more than €550 million into the property.