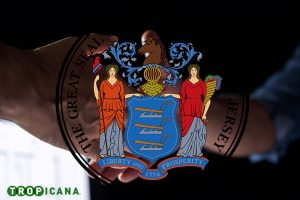 Of Eldorado’s entry in the local casino market, Casino Control Commission Chairman James Plousis said, as quoted by The Press of Atlantic City, that he expects Eldorado to “positively contribute to this market and support Atlantic City’s continued upward trajectory.”

The gaming official added that he looks forward to seeing the benefits the city and its gaming market will reap from Eldorado’s ability to grow Tropicana’s visitation through cross-marketing initiatives with its other gaming properties.

An Eldorado/Caesars Merger Could Hit a Regulatory Block 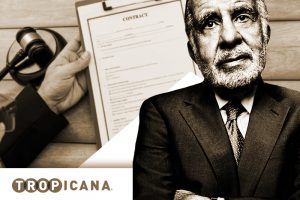 Casino commissioners addressed Tuesday recent media reports that Eldorado has entered the final stages of merger talks with rival gaming and hospitality operator Caesars Entertainment Corp. With Eldorado now being the owner of Tropicana AC and Caesars running three casinos in Atlantic City, their potential merger would mean that the combined property would hold four of the city’s nine gaming licenses.

This will challenge a provision in the New Jersey Casino Control Act, under which “no person shall be issued or be the holder of a casino license if the issuance or the holding results in undue economic concentration in Atlantic City casino operations by that person.”

The provision also clarifies that “undue economic concentration” means that:

During Tuesday’s hearing, Commissioner Sharon Harrington asked Eldorado’s Chief Executive Thomas Reeg what the company plans in terms of future acquisitions were, particularly referencing to the Caesars reports. Mr. Reeg said that while he could not comment “on a particular [move],” Eldorado has been an “inquisitive company” and they “would take a hard look” at any “opportunities that make sense for our shareholders.”

The Eldorado CEO also added that the company would address any concerns that may arise from a potential deal in future.

According to media reports from last week, Eldorado and Caesars could announce their merger as early as this week. Here it is important to note that Mr. Icahn, Tropicana Entertainment’s former owner, is now Caesars’ largest stakeholder, holding 28.5% of company shares.

The billionaire investor has been pushing for the Las Vegas casino giant to sell itself or merge with another company as this would be the best path forward for Caesars.